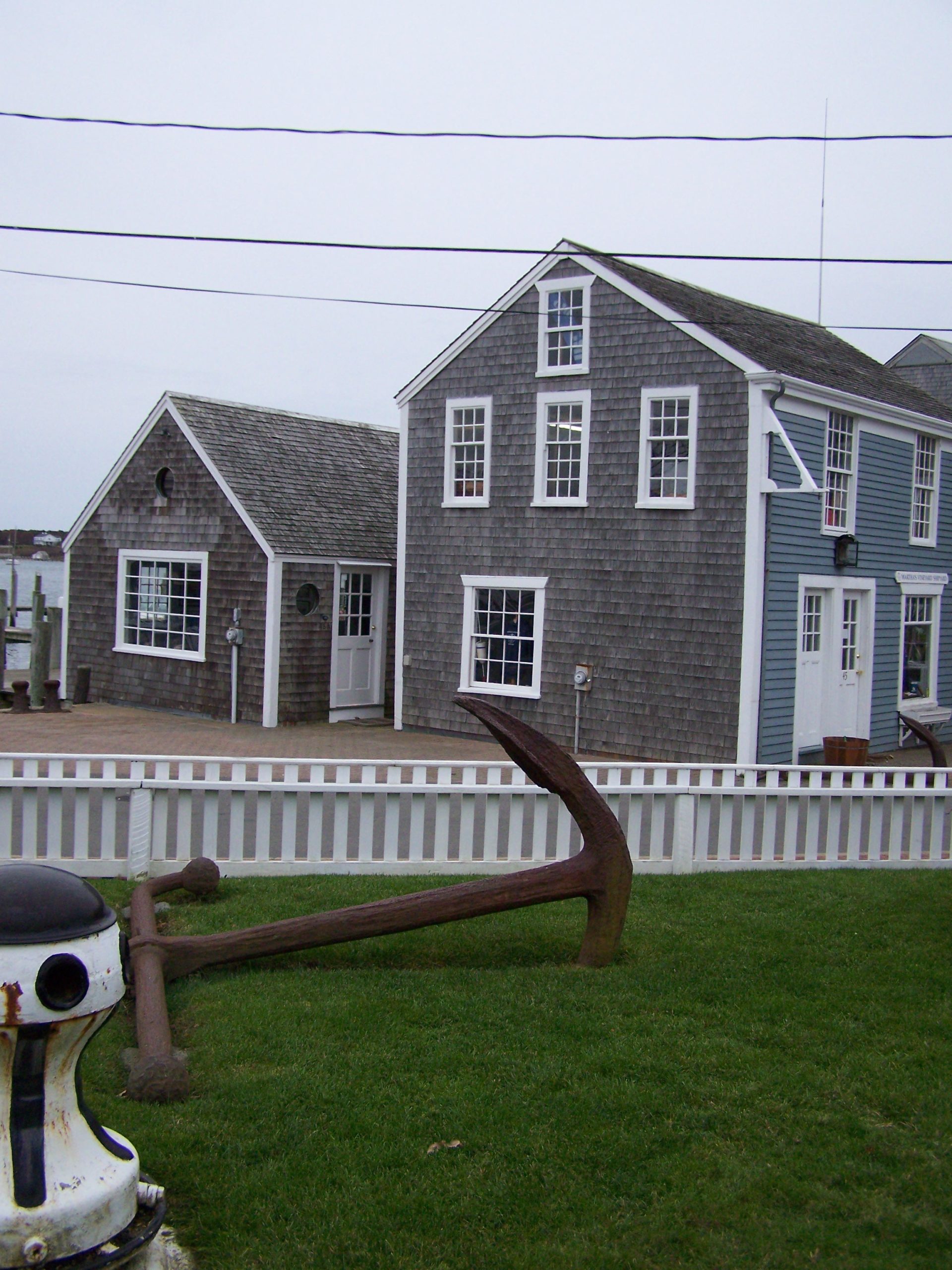 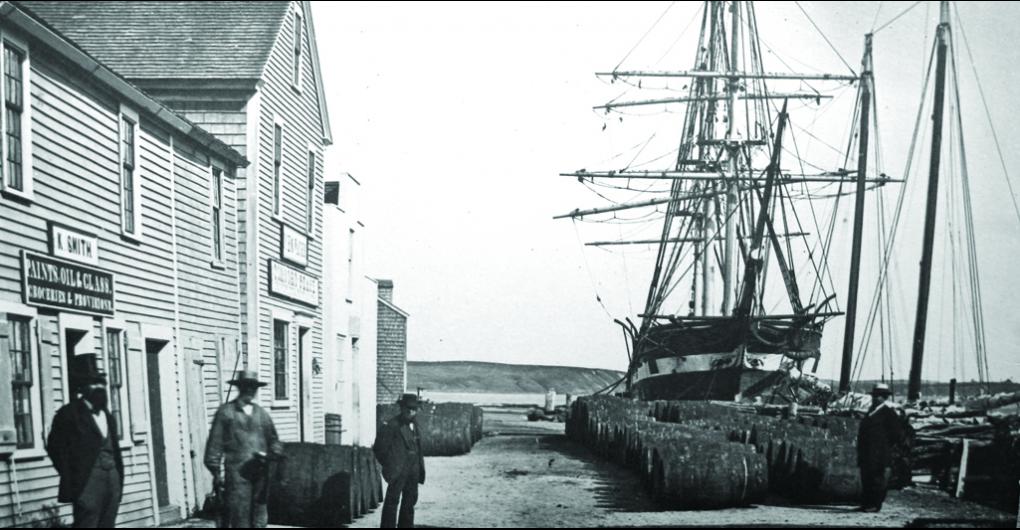 Known as the Osborne Wharf Building, the modest structure standing at 45 Dock Street is a 1940s replica of a marine warehouse that was originally constructed by a prosperous sea merchant family in the 1840s.

The Osborne Wharf Building was built and owned by the Osborne family, a prominent family of sea merchants who owned whaling vessels. The waterfront building was used to warehouse whale oil, spermaceti and baleen that the Osbornes’ ships brought to auction at the Vineyard. Samuel Osborne, Jr. (1823-1895) also operated a ship chandlery from this small building and later generations continued the work until the building was sold and moved from Osborne Wharf (where the Edgartown Yacht Club stands today) to its present location.

It was shortly after the Osborne Wharf Building was relocated that disaster struck the island. On September 21, 1938 a massive category 3 hurricane traced a path of destruction from Long Island to the Presidential Mountains in New Hampshire. Gaining power as it moved north, the Great New England Hurricane of 1938 swept whole neighborhoods out to sea, destroyed 8,900 buildings, ripped 2,600 ships from their moorings, denuded forests, and claimed 564 lives.

In Edgartown, the 19th century structures along the harbor were no match for the hurricane’s storm surge or its 121 mile per hour winds. The Osborne Wharf Building and its neighbors on Dock Street were all but obliterated; their shingles, clapboard, posts and beams scattered as far away as the Village Green, the shores of Chappaquiddick and deep into the channel floating out to Norton Point.

Returning to his family home in Edgartown after a life-long career working on the sea, Samuel B. Norton, Jr. purchased the ruined Osborne Wharf Building and the shell of the boathouse next door. Norton used historic photographs to meticulously recreate the two buildings.

The boathouse became a harbor-side retreat for the Norton family, finished with mementos from life at sea. The Osborne Wharf Building received updates, such as a large picture window on its street-front façade, and continued its role as a commercial building. The building remained in the Norton family until the Trust acquired it in 2008. Now, nearly 100 years after being rebuilt, the reproduction Osborne Wharf Building continues to house commercial ventures owned and operated by islanders.

Osborne Wharf is a stop on the Edgartown Harbor Tour. Walking tours start at The Carnegie.