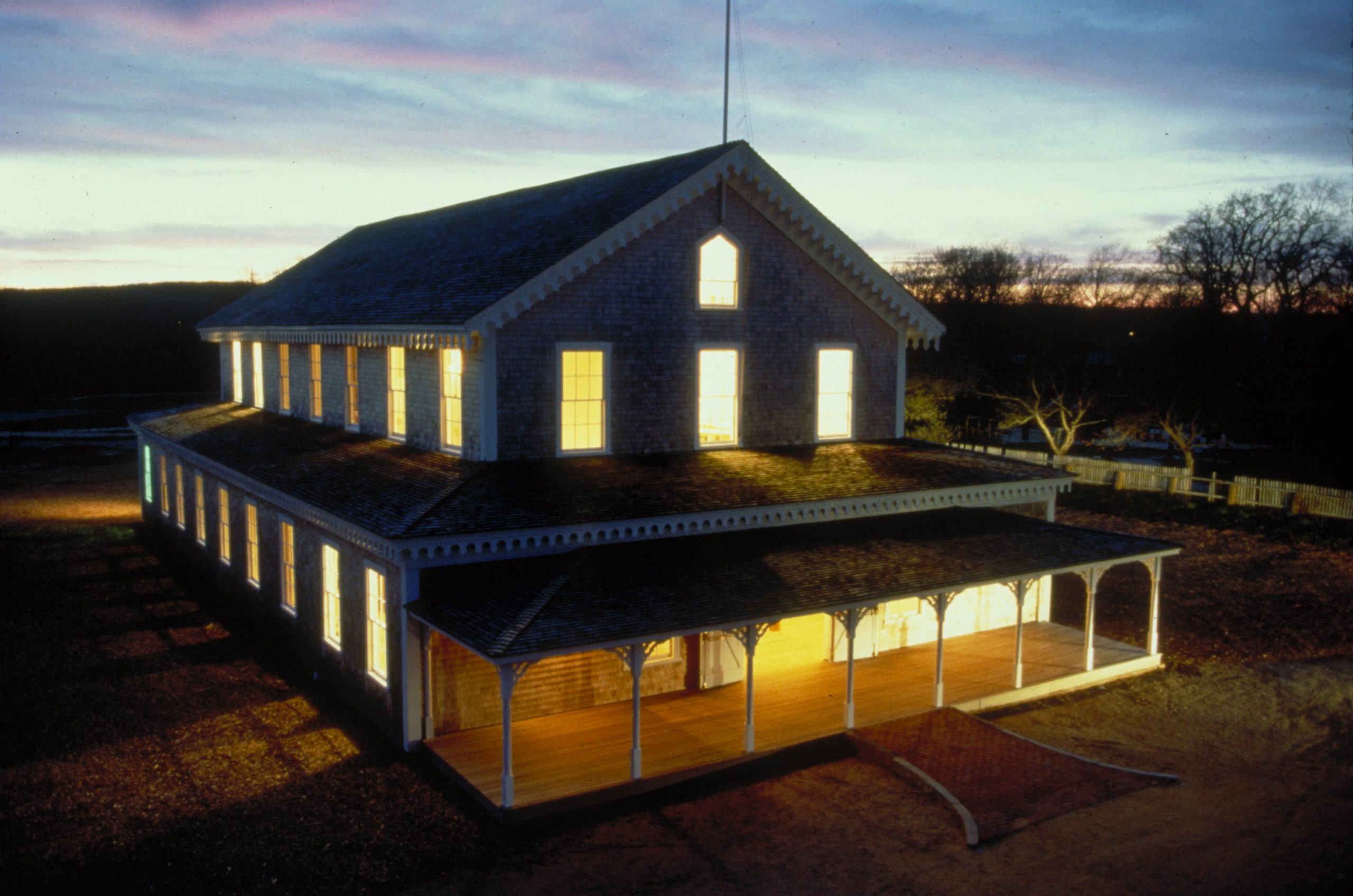 For more than 45 years, the Vineyard Preservation Trust has acquired, restored, and managed historic landmarks, preserving Martha’s Vineyard’s unique character and keeping its heritage as part of the community and its visitor’s daily life.

Martha’s Vineyard is a small island with a long, rich history dating back first to the Native Americans followed by Colonial settlements in the 1600’s. As a popular summer and vacation destination for people from across the United States and the world, the pressures of development and progress have, over time, threatened the central features of this vibrant island community. The iconic, irreplaceable landmarks now in the Trust’s care were badly deteriorated, and in many cases threatened by demolition, when the Trust assumed ownership and undertook their restoration and permanent care. Now saved, each of these landmarks continues to play a central role in contemporary life while preserving the authenticity and historical character of the island.

Over more than four decades, Vineyard Preservation Trust has grown from a small non-profit with one property in Edgartown to an organization responsible for the stewardship of 20 key properties in four towns, all of which are enjoyed by island residents and visitors alike. The organization’s membership is now at more than 3,000 individuals and it is estimated that members of the public visit our properties more than one million times each year.

Vineyard Preservation Trust offices are located upstairs in the Dr. Daniel Fisher House at 99 Main Street in Edgartown, MA, and are open year-round.

Seasonal exhibit galleries and heritage center are located in The Carnegie at 58 North Water Street in Edgartown, MA.

Several of the landmarks in Vineyard Preservation Trust’s care are available to rent for weddings or performance venues. Please visit our Reserve a Property page for more information.