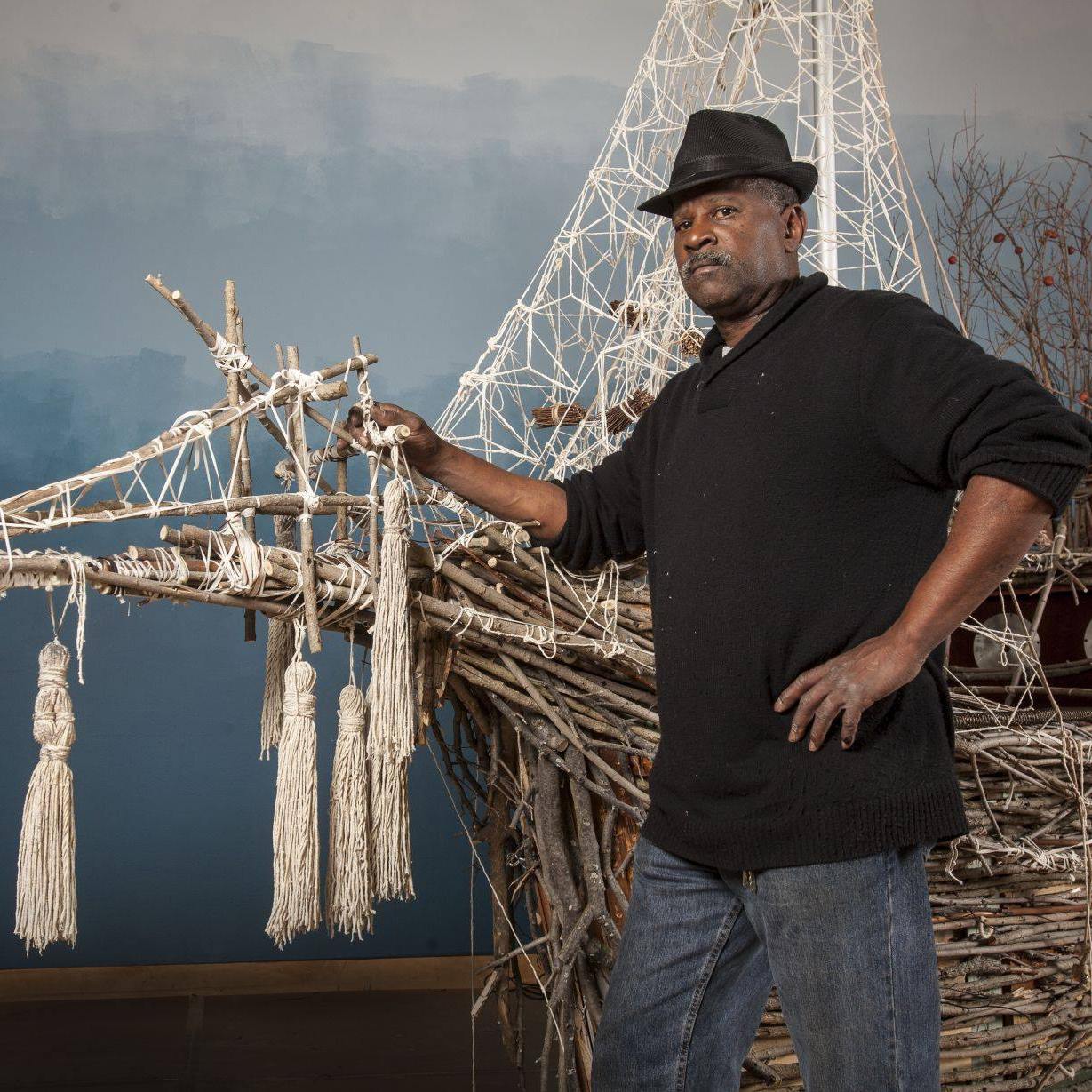 During the week of July 12-19, civil rights artist and former Newark police officer Kevin Sampson will lead a community arts project in Union Chapel as part of the summer 2020 Freedom Songs exhibition at the neighboring Mariposa Museum.

Sponsored by Vineyard Trust and organized by the Mariposa Museum & World Cultural Center in Oak Bluffs, which is dedicated to exploring America’s multicultural history through the creativity of diverse artists, Freedom Songs features found art assemblage sculptures from Kevin Sampson as well as Block Prints of Black American Spirituals by 96 year old Maine artist Ashley Bryan, and contemporary quilts from the And Still We Rise exhibit by Women of Color Quilters Network.

Sampson was the first African American sketch artist in the United States. Raised in a civil rights household, his work reflects his social consciousness and explores themes of African American history and identity, the #BlackLivesMatter movement, as well as other ideas. His work often incorporates ships and other nautical imagery.

Sampson considers himself to be a community-based artist, and this special project will allow for significant interaction between the public and the artist as well as opportunities for people to contribute objects that he will incorporate into a sculpture.

The piece will be entitled: The Legend of the Flying Africans, drawing on a story from African American oral history. Sampson will use this to create a metaphor for the struggle against institutional racism, poverty, sexism, and the powerful effects of the black lives movement on those who struggle, protest, and fight for the rights of all humanity.

The work will have two primary components:

A Carousel that, like the Flying Horses Carousel in Oak Bluffs, represents hope, joy, change, and ultimately the face of transcendence; and a Boat that, in contrast, represents the ill wind blowing across America. In between these objects will be things that represent the journey between adversity and change, including references to those recently killed by police, the #BlackLivesMatter movement, and current uprisings.

The project will take place July 12-19 at Union Chapel and will be open to the public from 12-3 pm daily. Admission is free.