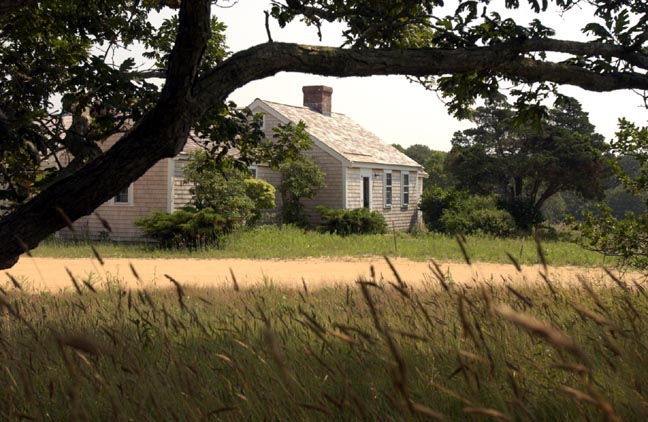 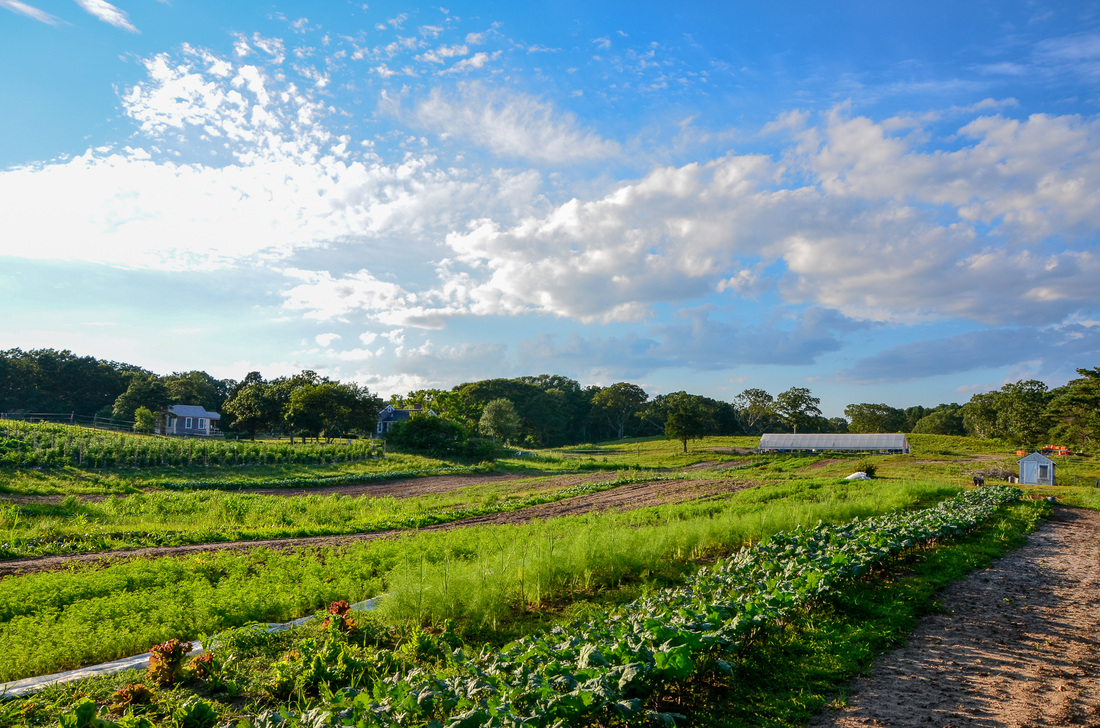 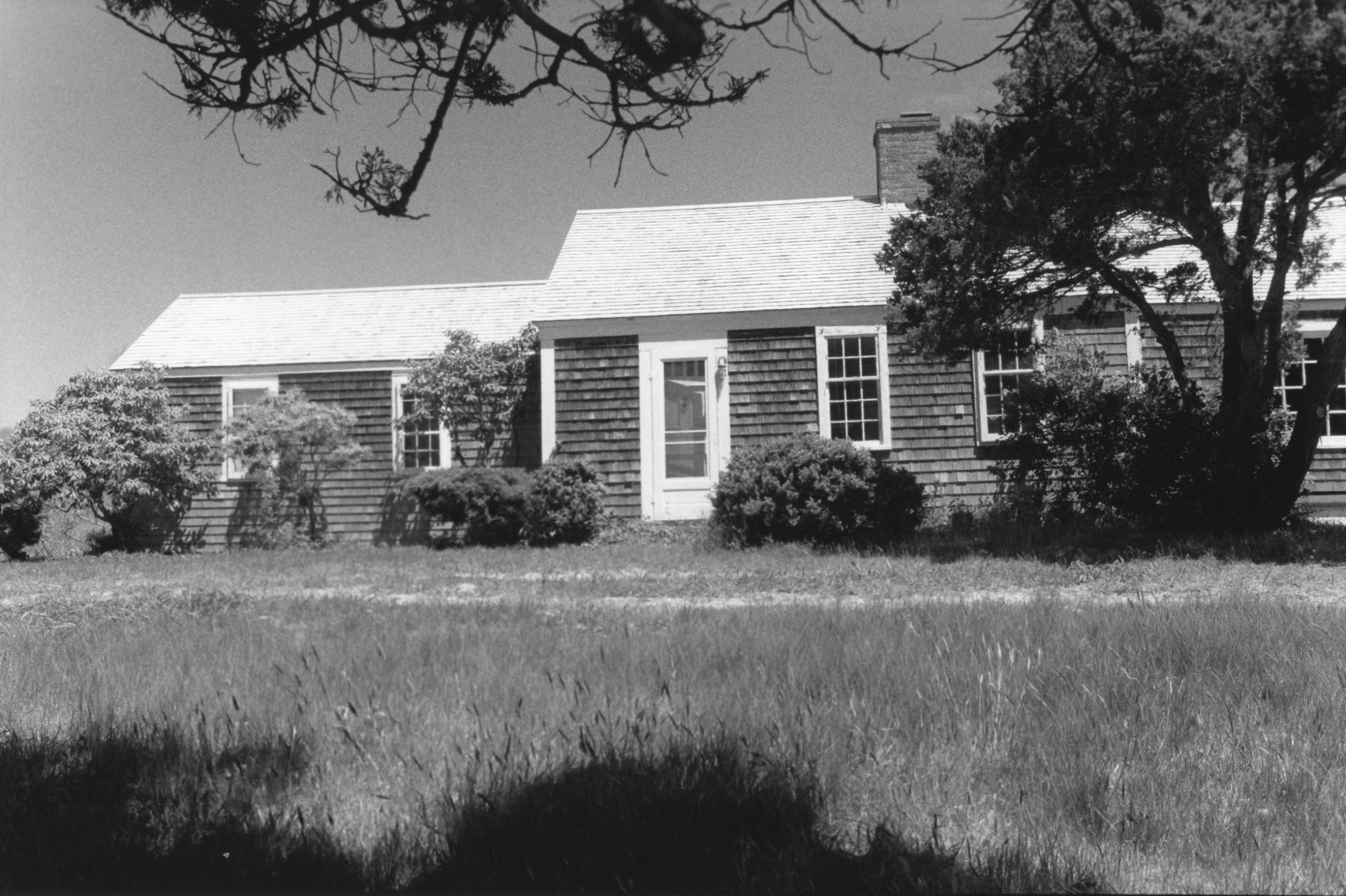 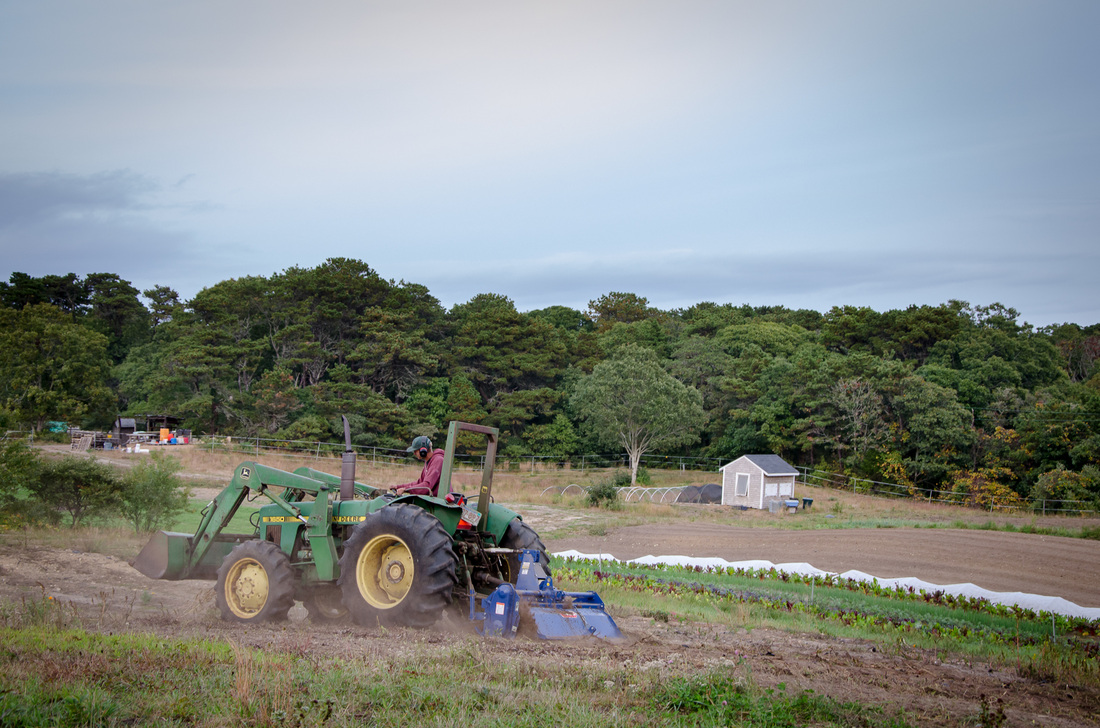 This rare surviving example of a New England Half-Cape was acquired by the Trust in 2004, in conjunction with the Martha’s Vineyard Land Bank, which has preserved the surrounding acreage for public use.  Historic Marshall Farmstead sits on 43 acres of rolling grassland that encompasses woodlands, a stand of beech trees and two ponds and is subject to an agricultural preservation restriction for all but one acre.

The farmhouse and a parcel adjacent to it has been set aside specifically for the use of a tenant farmer. The arrangement is intended to return the land to its historic use as a farm, for these rolling fields have been plowed, planted, grazed and harvested for over 225 years.

The original form of the colonial period houses was a simple one-room, two story box with an exterior chimney. Most families started with this humble structure and scrimped and saved until they were able to extend the home by building a second half to the structure on the other side of the chimney. Built in 1790, this process is evident at Historic Marshall Farmstead, where the central structure – a half Cape – was built first and then flanked later by two smaller additions and a rear ell, resulting in a large house for a family.

The Trust relocated the original one-room Chappy Schoolhouse to the property, which serves as the farm stand.

Slip Away Farm, our current tenant, operates a vegetable farm on the property. Today, the farm site supplies island residents with fresh produce and eggs through Community Supported Agriculture shares, a farm stand on its property, delivering to many of the island restaurants specializing in farm-fresh ingredients, and by selling products at the West Tisbury Farmers Market at the Grange Hall.