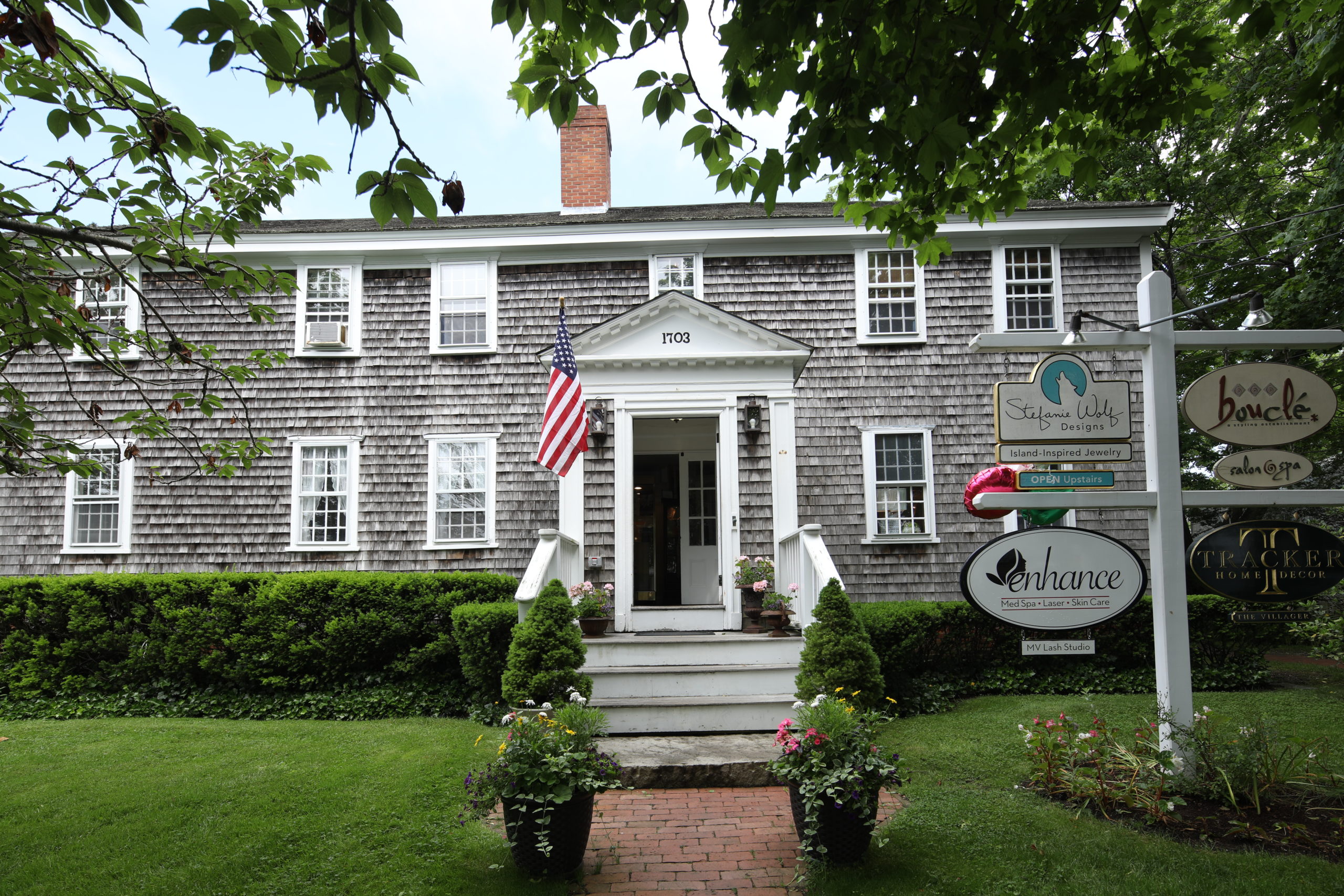 Built at the turn of the 18th century as a residence for a prosperous mariner, the house was also for many years a tavern and inn.

The John Coffin House was saved from demolition when it was acquired in 1946. It remains in commercial use today, housing a number of successful retail businesses.

The tavern was a staple in the lives of residents in colonial America from very early in this country’s existence. Taverns were essential to the welfare of  travelers, offering a place where they could eat, drink, be entertained, and spend the night.  In seaports like Edgartown, taverns served as temporary lodgings for mariners of all sorts, especially sailors newly returned from a whaling voyage that were in port for a short time. Other customers could include itinerant tradesmen, traveling preachers, members of the circuit court or the militia dispatched to the island for a short term. Family vacations were extremely rare in the 18th and 19th century, but on occasion newly married couples and other holiday takers would have found accommodation at a tavern while traveling the coast.

Along with alcoholic beverages, travelers could play games, enjoy musical entertainment, participate in discussions, and receive the latest news and debate of the time. Locals also took part in the activities of the tavern, making the businesses significant for their function in town culture and society. Taverns were utilized as meeting places for assemblies and courts, served as the rallying point for local militias, were destinations for refreshment and entertainment, and, most importantly, democratic venues for political debate and discussion.

Located in the heart of the commercial core of historic Edgartown, the John Coffin House offers rental space for retail stores, artist studios or private offices. Inquire about availability.