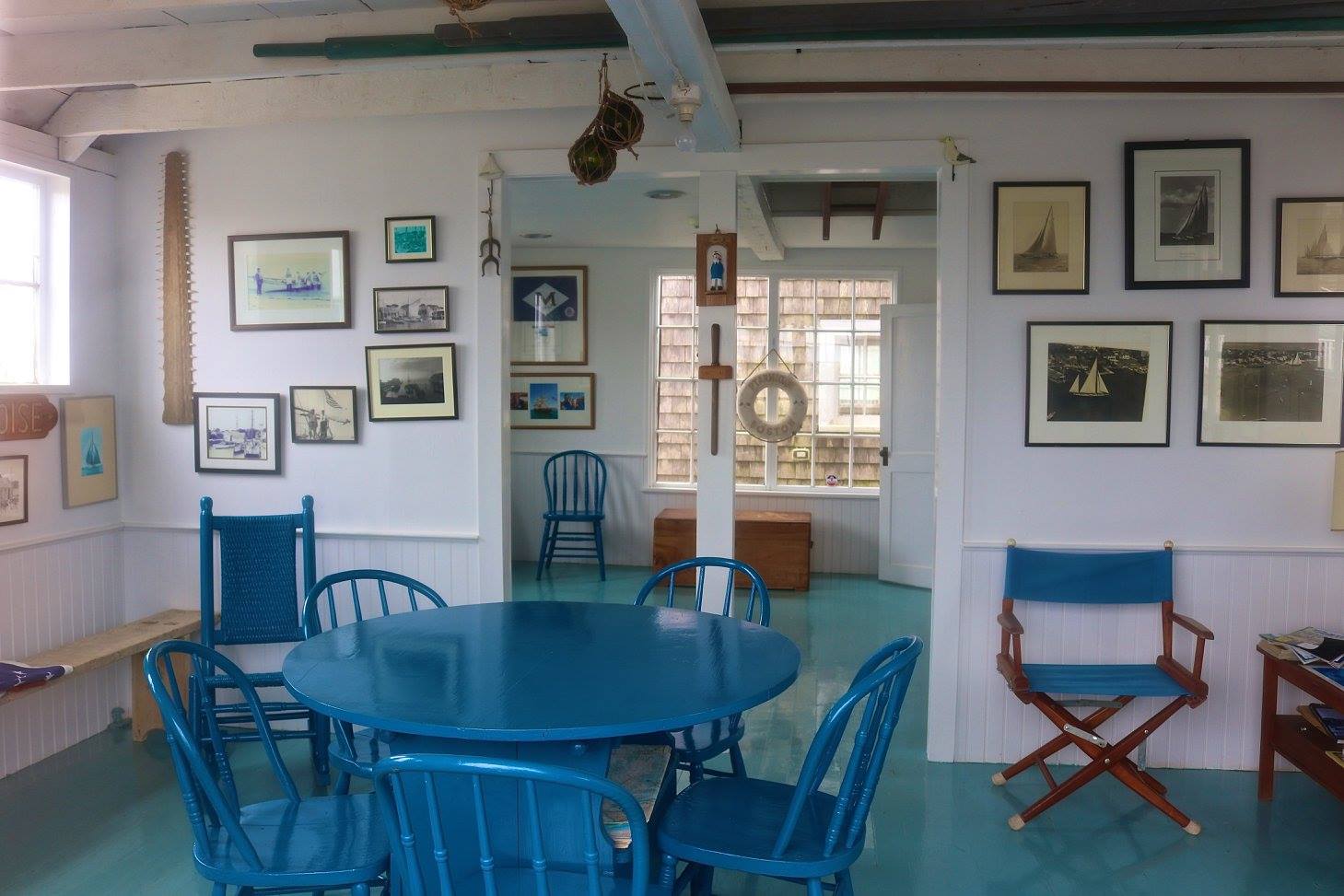 This building was the headquarters of Norton family sea captains and contains a rich collection of maritime artifacts and photographs. The building was acquired in the 1940s by Capt. Samuel Norton and donated to the Vineyard Trust by his children – S. Bailey Norton, Floyd Norton, and Drucilla Park.

A boathouse is a building especially designed for the storage of boats, normally smaller craft for sports or leisure use. They are typically located on open water, such as on a river. Often the boats stored are row boats, punts or small motor boats. Sometimes, a boathouse may be the headquarters of a boat club or rowing club. It may also include a restaurant, bar, and other leisure facilities, perhaps for members of an associated club. Boathouses are also sometimes modified to include living quarters for people, or the whole structure may be used as temporary or permanent housing.

For the Norton family, the Boathouse on Edgartown Harbor was a retreat where they could relax, entertain, and observe the doings on the water. One of the first European families to settle on the island, generations of the Norton family have made a living on the sea. Samuel B. Norton, the old salt who constructed the present Boathouse, acquired the Osborne Wharf on Dock Street, next to Memorial Wharf and Chappy Ferry, after the original structure was damaged by a hurricane in 1944. Though mostly a yachtsman, Samuel B. Norton was also a commercial fisherman.

The Norton Boathouse stands next to the Osborne Wharf Building.

The Norton Boathouse is a stop on the Edgartown Harbor Tour. Walking tours start at The Carnegie.

This landmark is located at:
45 Dock Street
Edgartown, MA