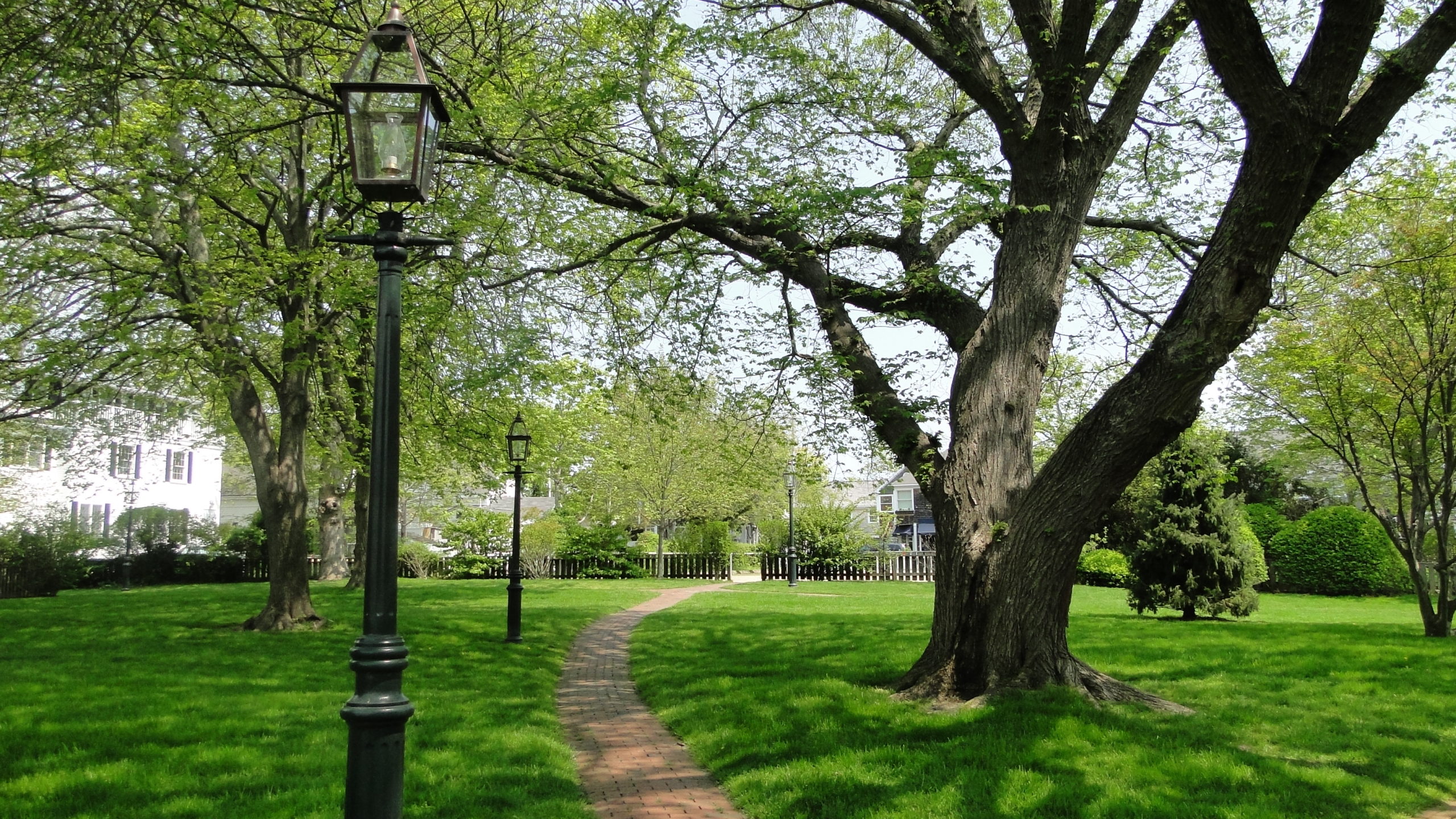 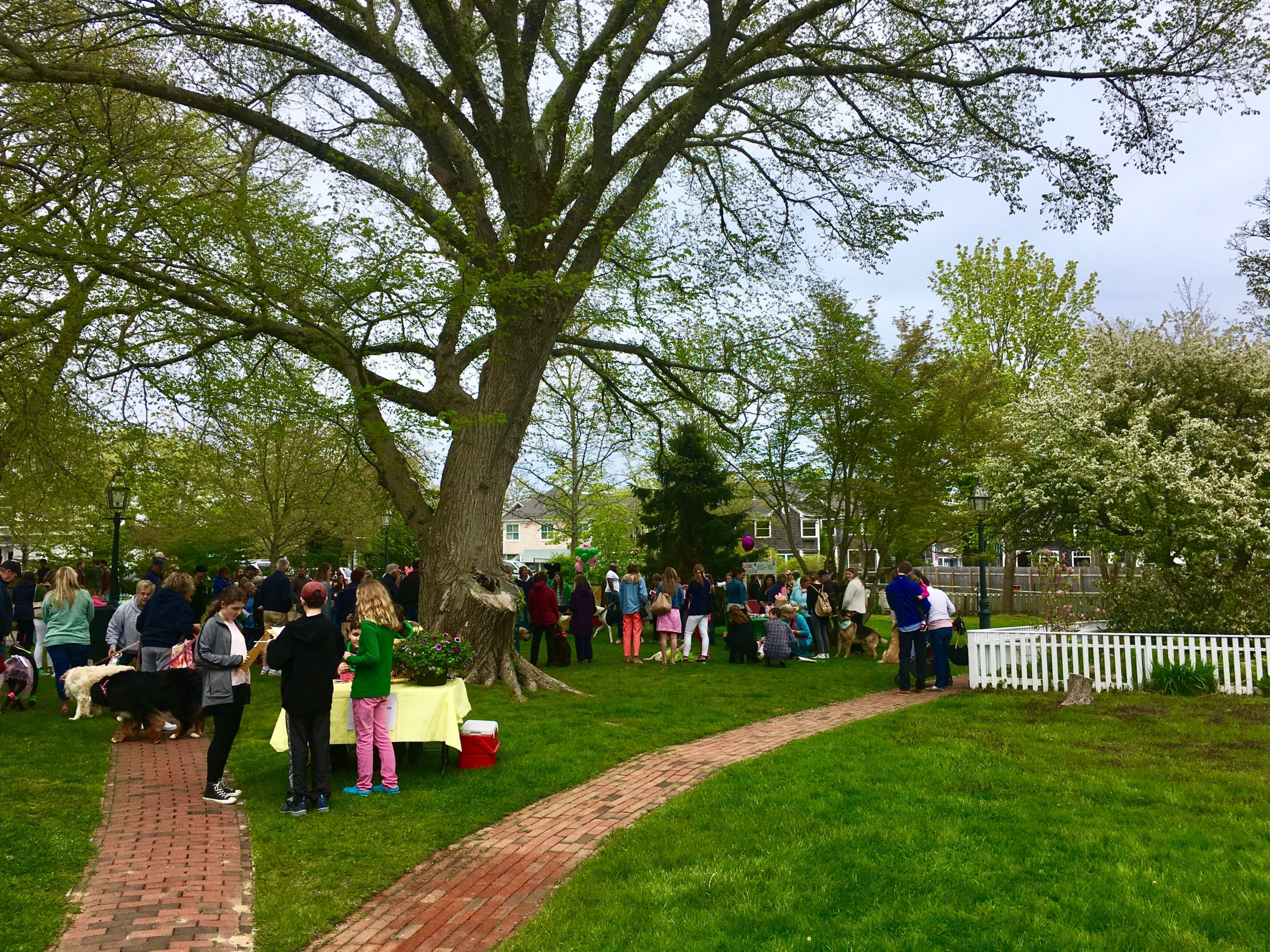 The Village Green lies at the center of Edgartown’s original village settlement, which was founded as Great Harbor in 1642. The Village Green has been preserved as common open space for more than 350 years and today is a small park connecting four in-town commercial streets.

Village greens were introduced to the New England landscape by English settlers in the 17th century. A common feature in many rural communities in England and Wales, village greens were lands in the town center that were set aside for common use.

By the mid-nineteenth century, the character of Martha’s Vineyard, and Edgartown especially, began to change as more and more merchants began to invest resources in the emerging maritime trades. The Village Green, now tucked away behind commercial buildings, became generally untended where animals often roamed freely and watering troughs, hay scales, powder houses, animal pounds, and horse sheds for the church were all located. The Village Green was less a public park and more like the forgotten back yard for the many businesses in the center of town.

It was not until the late nineteenth century that townsfolk began allocating funds to improve the conditions of the Green. They graded and improved soils, installed fences, planted grass, removed stumps, and planted trees to beautify the space.  Yet, despite their efforts, the Village Green fell into disrepair and by the mid-1940s it came under increasing pressure from active recreation and traffic mitigation measures.

Threatened by a plan to develop it as a parking lot in 1946, the Village Green and two adjacent historic commercial properties were acquired by the North Water Street Corporation in an effort spearheaded by Henry Beetle Hough. Today, the Village Green is preserved in perpetuity as a landscaped open space with paths leading to three downtown streets that meet at the heart of the park.

The Village Green is available for limited commercial and community programming such as yoga classes or organized picnics. If you have a community-based event you’d like to host on the Green, we’d like to hear from you!

This landmark is located at:
12 North Water Street
Edgartown, MA