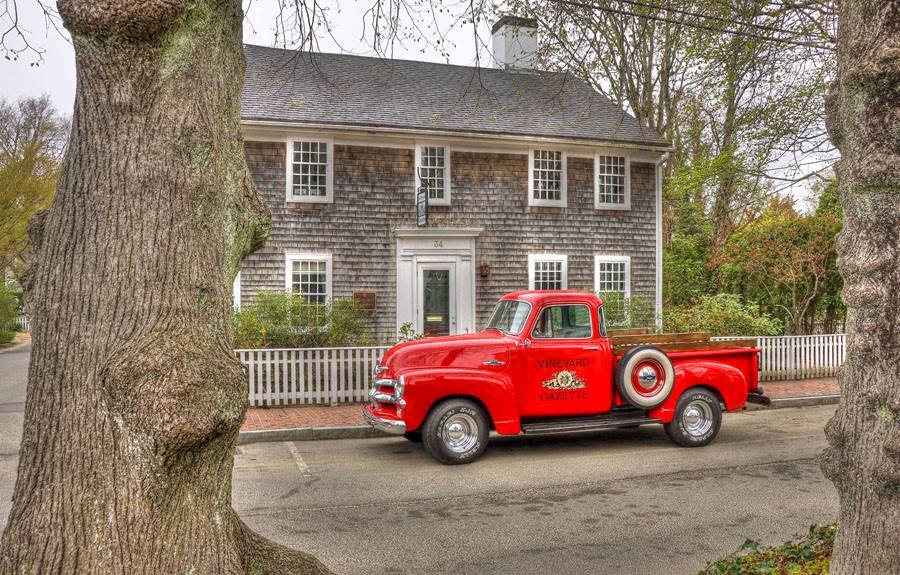 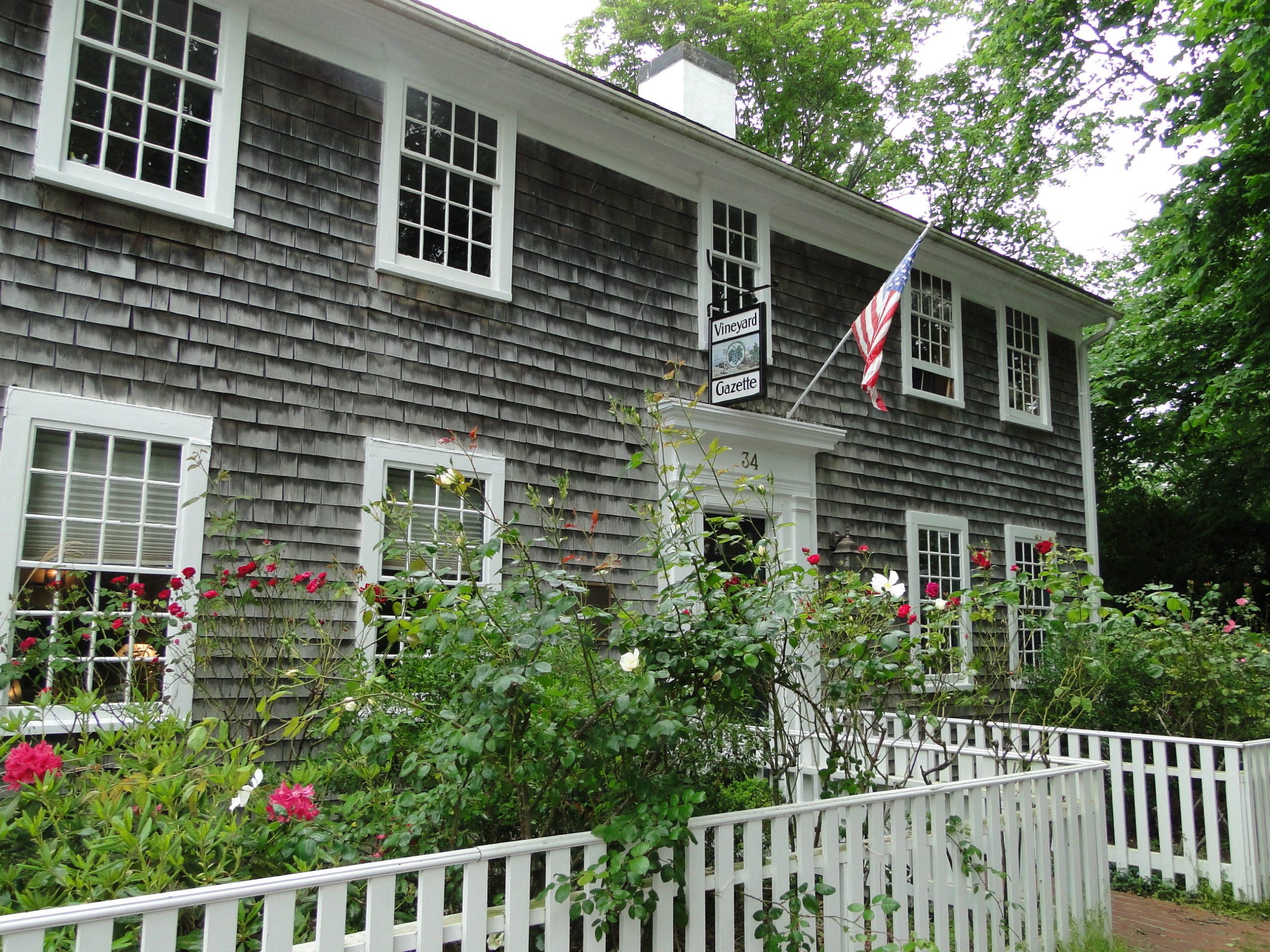 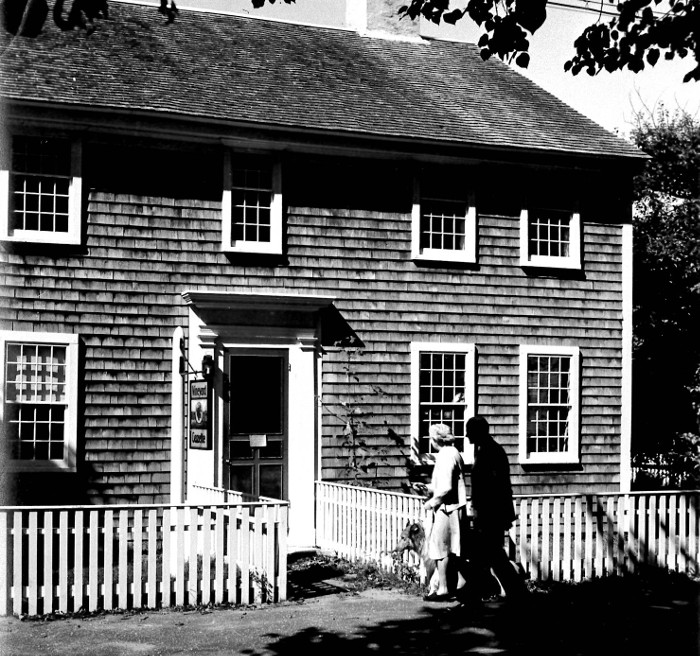 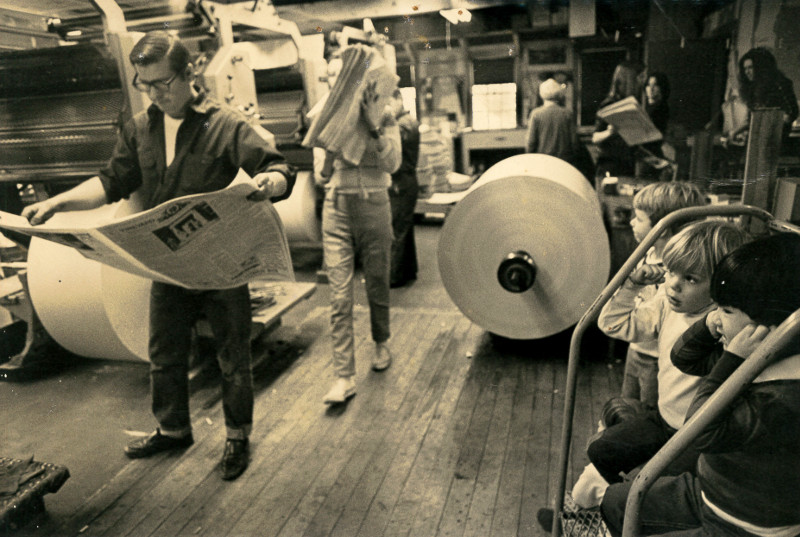 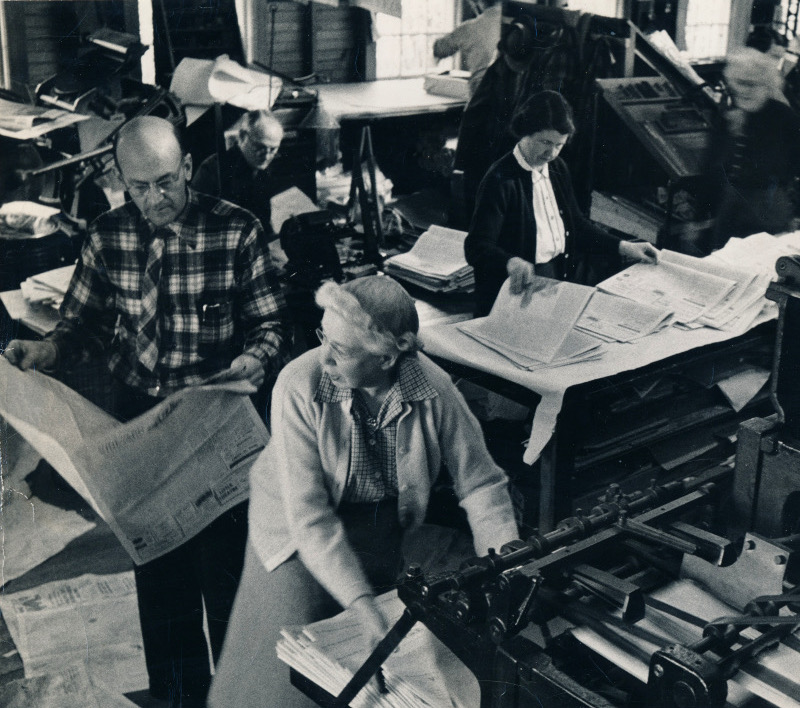 This pre-Revolutionary War landmark is a classic example of colonial architecture and was originally constructed as a residence. In 1938, the building was acquired by Henry Beetle Hough, publisher of the Vineyard Gazette and it has since been used as a newsroom and printing operation.

The Vineyard Gazette was born in 1846, the same year steamboat Naushon first began sailing regularly between the Vineyard and the mainland. The newspaper was founded by Edgar Marchant, who was also its first editor. Marchant knew that the Gazette would be the only newspaper most Vineyarders ever saw. His trick at first was to concentrate on news of the nation and the world, about which his readers would know little, and steer clear of Island news beyond Edgartown, about which his readers would probably know much more than he.

On the subject of the Vineyard, he campaigned more than he chronicled, calling for a Dukes County Agricultural Society, bigger steamboats, better mail service, authentic hotels, more and better roads, a railway and the vanquishing of “King Cider.”

The Vineyard Gazette Building was acquired by Vineyard Trust in 2010 through a generous gift from Jerome and Nancy Kohlberg and it remains as the production headquarters of the island’s oldest newspaper.